“Golf is a Good Walk Spoiled,” said No One, Everyone

There’s perhaps no joke that unites golfers and non-golfers as much as “Golf is a good walk spoiled.” For non-golfers, the refrain is a barb: golf injects monotony and competition into the simple pleasure of walking. For golfers, the phrase carries a healthy amount of irony and self-deprecation. Golf Digest even tweeted the quote from their account, attributing it to Mark Twain.

But where does the quote really come from? And what does it really mean? To start, it probably doesn’t come from Mark Twain.

The earliest attribution to Twain appears in a 1948 issue of the “Saturday Evening Post.” However Twain had died decades earlier in 1910— a suspicious lag, enough time for Twain to absorb the myth of quip slinging literary giant, priming to become one of the most misquoted men of all time. There’s literally dozens of quotes that people have mistakenly attributed to his name over the years.

But if not Mark Twain, then who? The joke first surfaces in a 1903 book about lawn tennis. The chapters of the book were each written by different lawn tennis enthusiasts, who at the time claimed themselves to be the mortal rivals of golfers. In the second chapter, H.S. Scrivener writes that he heard some of his friends snicker, “to play golf is to spoil an otherwise enjoyable walk.”

The phrase appears again in 1904 from American novelist Harry Leon Wilson, who wrote“Golf has too much walking to be a good game, and just enough game to spoil a good walk.”

In 1913, the joke arrived in South Dakota, where a local newspaper ran an article that wrote, “Golf, of course, has been defined as a good walk spoiled, and a low comedian once described the game thusly: “You hit a ball as far as you can, and if you find it the same day you have won.””

The phrase, it seems, was in the water at the time, said by everyone but belonging to no one in particular. But why is the quote— a dig on our beloved sport— repeated within the golf community to this day?

Perhaps because, spoiled or not, at least it’s a walk! Today, it seems we are working more than ever, inputting and outputting at all times, finding endless ways to be more productive. We spend more time in front of our laptops and phone screens than our loved ones and nature. We never stop racing. And golf, at the very least, is a walk on the grass with others. And, these days, that is automatically a good walk. Golf invites us to jump off the hamster wheel of life and to instead embrace doing nothing more than chasing a ball with a stick outdoors with friends.

Golfers also know that to play golf is to understand your imperfections, to live with them, and do the most you can with them. The only greater cliché than “Golf is a good walk spoiled” is the idea that golf, really, is just living your best life, outdoors, slowly with others. Maybe Mark Twain has something to say about that. 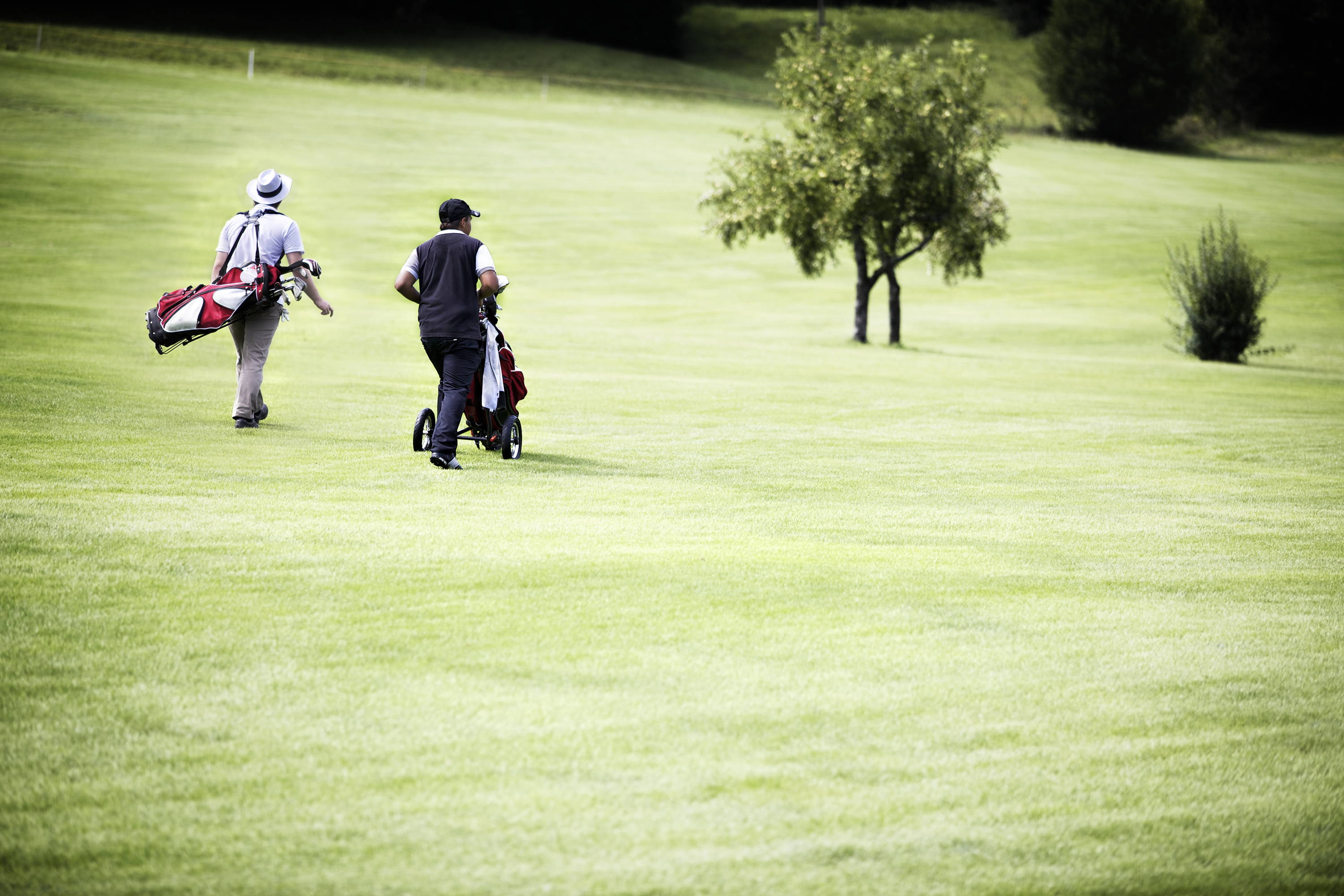